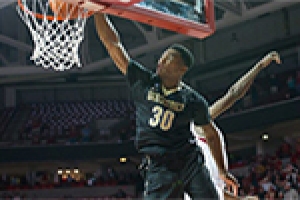 The Free Agency period is right around the corner and we can only count down the days until the start of the 2016-17 NBA season. The draft allowed all 30 teams to try and improve their roster for next season and the Warriors are excited about their two selections.

With the 30th pick in the NBA Draft, the Warriors chose Damian Jones, a 7-foot big man out of Vanderbilt University. Jones is known as an athletic big man who can be a force on the glass and block shots. With a 7-fooot-3 wingspan, Jones has the prototypical body for a dominating big man in the NBA.