Hip Injuries Brought Down Two Tennis Greats: Surgery Saved Andy Murray’s Career, and It Might Save Rafael Nadal Too 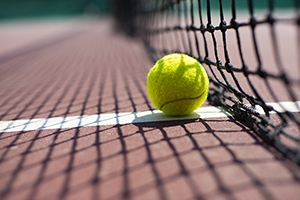 Hoping to build on his all-time record 22 Grand Slam men’s singles titles, Rafael Nadal came up limping while chasing a ball during his recent match at the Australian Open. The injury clearly hobbled the 36-year-old tennis star, who came into the tournament as the top-ranked player, as he lost in straight sets to his unranked opponent. An MRI after the match revealed that Nadal suffered a grade 2 injury of his left iliopsoas muscle, the primary hip flexor.

Another formerly top-ranked tennis star, Andy Murray, dealt with hip pain for a decade before undergoing arthroscopic surgery in 2018. This procedure was likely performed to address the cartilage in the joint, including the labrum. Unfortunately, the damage within the joint had likely progressed over the years, and his pain persisted after the surgery. Untreated injuries of the labrum can accelerate the progression of osteoarthritis.

Murray chose to undergo another surgery in 2019, but this time, due to the degenerative changes in his hip joint, he opted for the Birmingham hip resurfacing (BHR). This procedure is an alternative to the total hip replacement (THR) and consists of removing some of the damaged bone and adding a metal cap to the head of the femur and a thin metal cup to the acetabulum. This procedure preserves more of the patient’s bone and is typically indicated for younger, male athletes.

After the BHR, Murray made a quick recovery and earned his first top-10 victory in three years. In 2022, he ranked in the top 50 for the first time since 2018. Now, the 35-year-old Murray, hopes to continue to compete at the highest level without hip pain holding him back.

Oftentimes, hip flexor and groin injuries mask the underlying cause of pain and can complicate and delay the process of diagnosis and treatment. The source of the pain often resides in the joint itself. Hip labral tears are one of the most common hip injuries in sports. The labrum is a thick ring of cartilage that surrounds the acetabulum (hip socket). It helps keep the head of the femur (thighbone) in contact with the acetabulum and serves as the suction seal of the joint. In some cases, the bony anatomy of the head of the femur and the acetabulum can cause the two bones to rub against each other during certain movements, pinching the labrum and causing wear-and-tear of the joint. This condition is known as femoroacetabular impingement (FAI). The repetitive pivoting and twisting while playing tennis can cause further pinching, and the pain can radiate to the groin and the hip flexors.

Treatment of labral tears includes both surgical and non-surgical options. Biologic injections, like stem cells and platelet-rich plasma, can promote healing at the microscopic level. Surgically, the labrum can be repaired through an arthroscopic procedure. Through tiny keyhole incisions, the labrum can be repaired, and the bony deformity causing the pinching can be corrected.

Given Nadal’s competitive nature, it is hard to imagine that this is the end of the road for him. Even with questions of retirement being brought up, accurate diagnosis and treatment can put him back in position to add to his already illustrious career.