The ankle is made up of the tibia and fibula bones of the lower leg, and the tarsus bone of the foot. They are held together by ligaments, which provide strength and stability during movement.

The tibia and the fibula are held together by the syndesmosis joint, a special joint that allows very little motion between the bones but provides strong stability to the ankle joint. Ligaments that connect the tibia and fibula include:

Any twisting or rotational injury, especially forceful upward and outward movements of the foot, can injure the syndesmosis ligaments causing stretching or tearing of the ligaments.

Syndesmosis injuries, also called high-ankle sprains, are commonly seen in high-level football players and snow skiers. It is a severe type of foot and ankle sprain causing pain, swelling, and weakness. In some cases, the tibia and fibula may draw apart (diastasis) resulting in ankle instability. This type of injury often requires Syndesmosis surgery with TightRope fixation to restore the stability and function of the ankle.

Syndesmosis surgery is indicated in cases of diastasis causing instability or when conservative treatment measures do not help relieve ankle pain and weakness. Conservative measures include pain and anti-inflammatory medications, rest, ice, compression, elevation, and ankle bracing. Syndesmosis with TightRope fixation may be performed to avoid complications associated with screw fixation (insertion of screws to hold the tibia and the fibula together).

Syndesmosis surgery is performed under general anesthesia usually on an outpatient basis but may require an overnight stay.

The splint is worn for a period of 6-12 weeks during which time you must not bear any weight on the leg. After this period, the foot is placed in a walking boot with minimal weight-bearing and gentle ankle movements. Physical therapy is recommended for at least 3-4 months to improve strength and mobility. More strenuous exercises can be gradually introduced after a minimum of 3 months. For the first 6 months after surgery, you are advised to wear a lace-up ankle brace during sports activities.

Advantages of Syndesmosis with TightRope Fixation

When compared to syndesmosis using screws, the TightRope method has the following advantages:

Risks and Complications of Syndesmosis with TightRope Fixation

As with any surgery, syndesmosis surgery with tightrope fixation may include certain risks and complications such as bleeding, blood clots, infection, and damage to nerves and blood vessels. There is also a risk of fracture of the fibula and skin irritation.

Syndesmosis injury, often referred to as a high ankle sprain, affects the ligaments around the syndesmosis joint, the area above where the tibia and fibula bones meet. Syndesmosis surgery with TightRope fixation uses a wire, which when tensioned and positioned against the tibia and fibula, correctly aligns and stabilizes the bones. 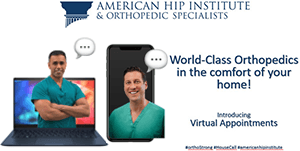